Getting the Defined Jawline You Want 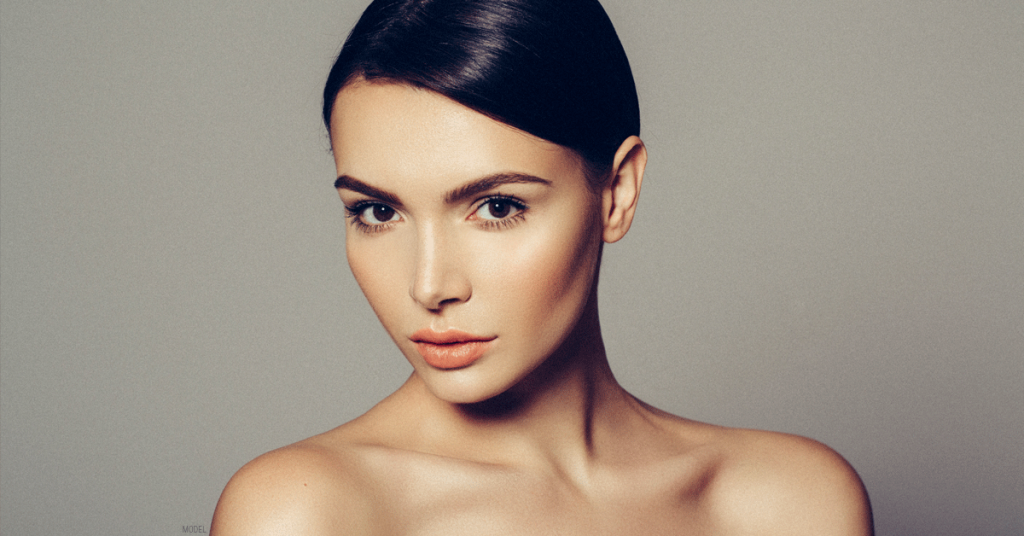 An angular, well-defined jawline is universally associated with attractiveness for both women and men. It’s no surprise, then, that procedures that sculpt a contoured jaw are increasingly popular in this age of selfies and Zoom meetings. There’s never been a time when we’ve spent more time analyzing—perhaps overanalyzing—our facial features. While a facelift at our Chicago practice is appropriate in some cases, many patients can benefit from less-invasive procedures.

These procedures can range from nonsurgical treatments such as BOTOX® Cosmetic injections for the masseter muscles—the muscles used when clenching your teeth—to a neck lift or, for some, a facelift. We’ll detail how each of these procedures helps create a streamlined jaw and explain how to tell if you’re a good candidate for each procedure. The ideal solution varies from patient to patient.

Even if your masseter muscles aren’t overdeveloped—which is a condition some people experience—the bulge these muscles can create at the upper end of the jaw gives individuals a less-than-desirable rounded appearance. Precisely targeted BOTOX injections create a slimmer look and give the face a more attractive V shape. BOTOX works by temporarily relaxing muscles (which is why it’s such an effective anti-wrinkle treatment) and produces results that can last for about 4 months.

In an earlier blog post, Dr. Sinno called this one of his favorite procedures because it creates a chiseled, contoured jawline even though it’s minimally invasive. The treatment combines the skin-tightening results produced by the PrecisionTX laser, which also melts fat cells, with liposuction to remove additional excess fat. There is little downtime needed after this procedure, which is performed in the office using only a local anesthetic.

Selective neck liposuction, along with fat grafting in front of the jowls, can also improve the jawline’s contour, either as a standalone procedure or combined with cosmetic surgery.

Some patients accumulate fat in the buccal fat area or jowls with age, and some have excess buccal fat giving the lower face a rounded appearance. Buccal fat removal, either through an intraoral approach or through direct excision during a deep plane mini or full lower facelift, can be very useful in helping to define the jaw line. Increasingly it is becoming a useful addition to facelift or neck lift procedure.

Even though a neck lift is often combined with a facelift, some patients can benefit from a more focused procedure. That’s because the neck’s delicate skin often shows signs of aging earlier than other areas of the face. As the neck skin loses its elasticity and fat begins accumulating, the jawline’s definition diminishes. This is one of the most common complaints we hear from men considering aesthetic surgery. A neck lift removes excess skin and fat and tightens lax neck muscles to create a more angular jaw.

A mini facelift can help patients who aren’t quite ready for a full facelift but who need some lifting in the cheek area, along with improving the appearance of the jawline and neck. These women and men want results that nonsurgical options can’t produce. It’s also a procedure that can fine-tune the results of some patients who have already had a facelift.

A full facelift addresses several issues in the lower two-thirds of the face, from sagging skin and muscle in the cheeks to jowls and loose neck skin. A skillfully performed facelift shaves years from a patient’s appearance without looking unnatural. The effect of aging and gravity softens the jawline’s definition, which a facelift can restore.

You can see the type of results you can expect in our before-and-after photos of neck lift and facelift patients featured in our gallery.

If you’re looking for the best facelift surgeon in Chicago, you can contact us using the online form to request a consultation with either Dr. Thomas Mustoe or Dr. Sammy Sinno or call us at (312) 788-2560 to schedule an appointment.